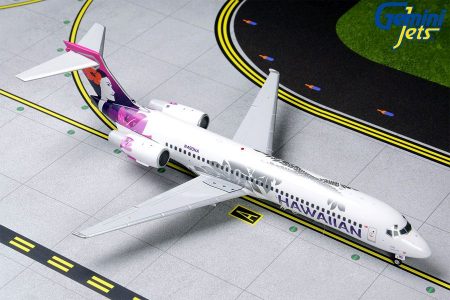 Manufactured new in 2000 for Australia’s Impulse Airlines. It became a QANTASLINK aircraft in 2001 and was repainted in QANTAS colours. In 2003 it moved over to Jetstar and flew in an all white livery during 2004. It was then re-registered to National Jet and returned to QANTASLINK colours in 2005. It continued to serve in Australia until 2008 when it was purchased by Hawaiian Airlines. In 2017 it was painted in the new Hawaiian livery as seen on this model.