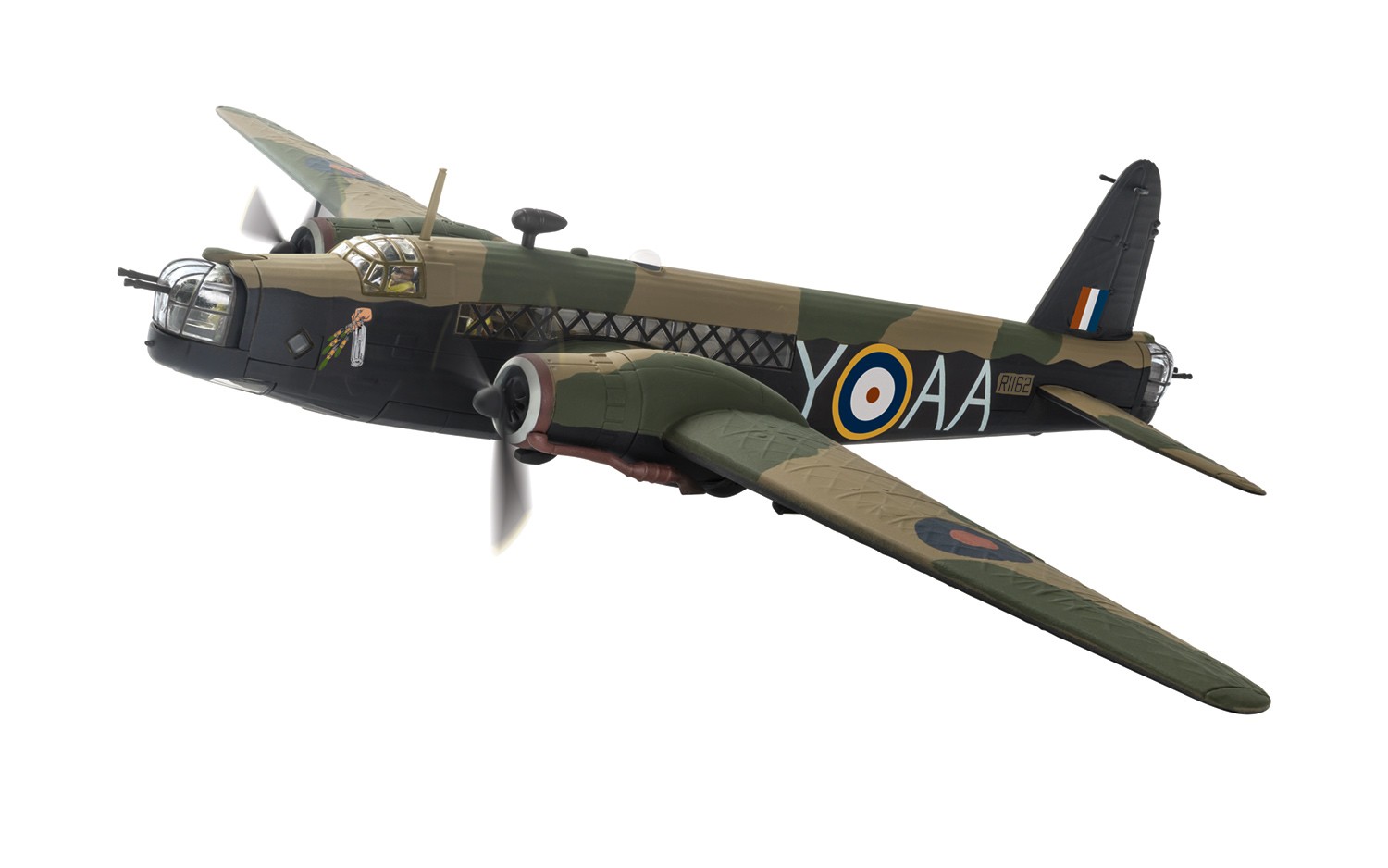 As Britain declared war on Germany in 1939, The Vickers Wellington twin engined medium bomber was the most advanced aircraft of its type in the RAF and would be called upon to shoulder a heavy burden in early bombing operations. Within 24 hours of war being declared, RAF Wellington bombers were sent to attack German shipping moored near the mouth of the river Elbe, although the actual bombing of the harbour was not permitted, for fear of injuring civilians.

The Wellington was manufactured using the Barnes Wallis designed geodetic lattice construction method, first used on the R-100 Airship, which resulted in an incredibly strong, yet relatively light airframe – it also made the aircraft highly adaptable, which helped to make the Wellington Britain’s most heavily produced bomber of WWII. Often referred to as the Wimpy, this nickname was connected to the popular Popeye cartoons of the day and the rather portly Hamburger eating ‘J. Wellington Wimpy’.

The Wellington bomber proved to be an incredibly important aircraft in the history of the Royal New Zealand Air Force. Determined to modernise their force, they undertook a hugely expensive programme to build three new airfields and equip them with modern aircraft – 30 Vickers Wellington Mk.IC bombers ordered in 1938. Crews would be sent to England for training, before flying their aircraft back to New Zealand and their newly constructed bases. As the crews neared the end of their training, it became clear that war in Europe was inevitable and the New Zealand government gifted the aircraft and their crews to the RAF, in order to help in the war effort. The New Zealand Squadron was renamed No.75(NZ) Squadron in early 1940, becoming the first RAF Commonwealth Squadron of the Second World War. It was unusual for Bomber Command aircraft to carry nose artwork, but the distinctive bomb dropping soda syphon carried by R1162 ‘Y for Yorker’ has to be considered as amongst the most creative.