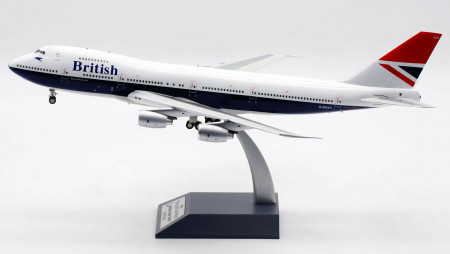 British Airways operated 25 of the -200 series, this one depicted in the “Negus” livery was delivered  in March 1979. This aircraft is famous for having been involved in the incident were it flew through a cloud of volcanic ash and lost all four engines. It ended it’s days with Paul Stoddard’s European Aircharter. It was broken up at Hurn in Bournemouth in 2009.

This model plane is made from die-cast metal and include extensive detailing. It is similar in quality to Inflight200, Gemini Jets, Phoenix Models, JC Wings, and Aviation200.