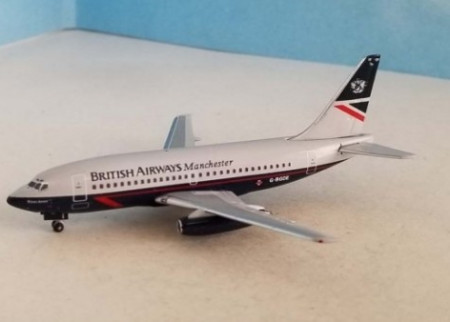 British Airways was a big operator of the early baby Boeing with 54 in the fleet and many had additional titles such as this one with “MANCHESTER” titles. Delivered in March 1980 it carried these titles from 1994 to 1997.

This model air-plane is made from die-cast metal and include extensive detailing. It is similar in quality to Gemini Jets, Phoenix Models, JC Wings and Aviation400