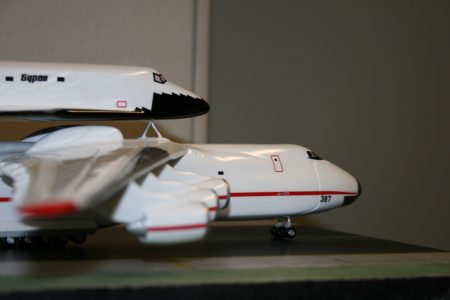 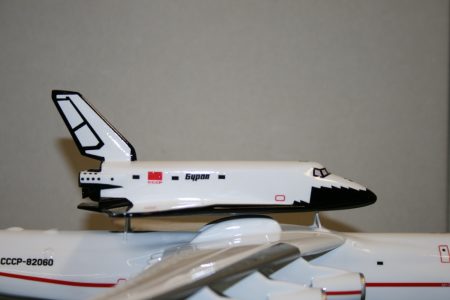 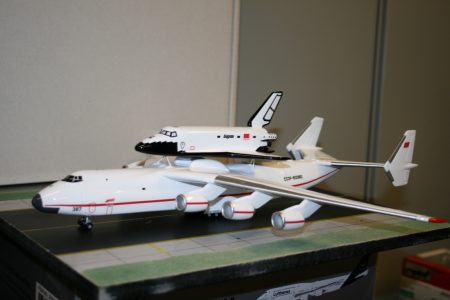 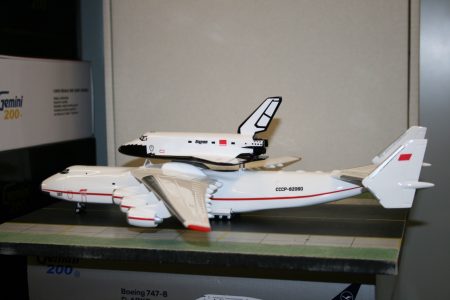 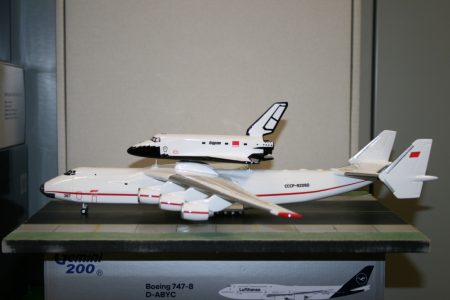 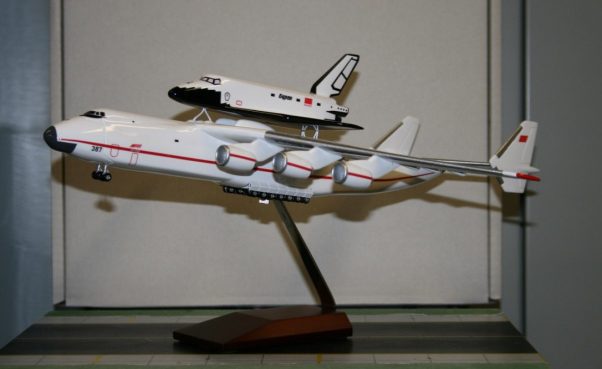 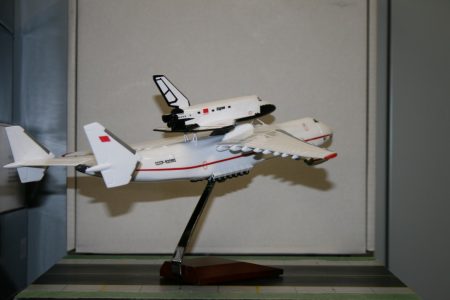 Up for sale is a brand new 1:200 scale Antonov AN-225 Mriya. The AN-225 Mriya was developed by the Soviet military in the 1970’s and 80′ to transport their Buran space shuttle for the Soviet space program. This extremely limited edition model depicts the six-engined Soviet beast performing this feat in this exclusive diecast model plane. This particular model also features landing gear, which are fixed in the ‘gear down’ position.

This model aircraft is handmade in the Ukraine from heavy die-cast plastic resin and includes extensive detailing. It is similar in quality to Herpa Wings, Gemini Jets, JC Wings, Inflight200 and Phoenix Models.